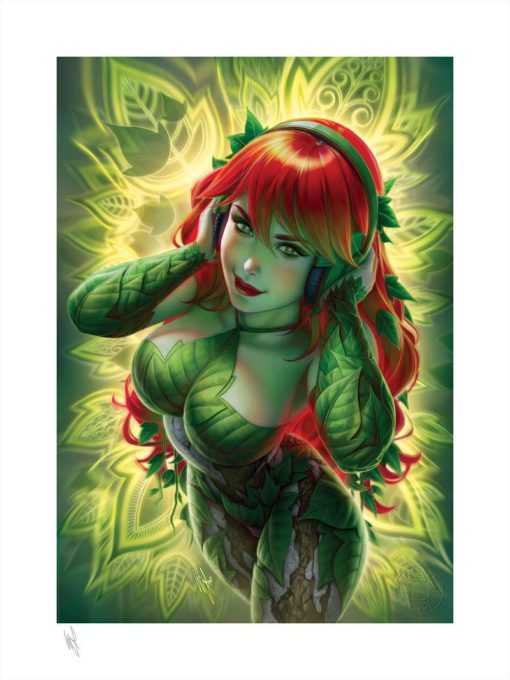 FREE Shipping to the UK
Earn 126 Points with this purchase!
Estimated Release: June 2021.

Leaf it all on the dance floor with this vibrant portrait of everyone’s favorite floral femme fatale, Poison Ivy! This Gotham City Siren is rocking out to an energetic beat with a pair of headphones that match her signature green getup. Her fiery red hair is framed by a halo of neon leaves and swirls, accentuating Pamela Isley’s her natural charm. Fresh and fun!

Originally created as a variant cover for Harley Quinn and Poison Ivy #2 (2019), written by Jody Houser for DC Comics, this vibrant comic book artwork is now available to fans in a fine art collectible format. Each Poison Ivy Fine Art Print features an authorized, automated artist signature and an embossed Seal of Authenticity as a part of the limited edition of 375 pieces.

She makes a natural fit for your collection! Grow your gallery and bring home the Poison Ivy Fine Art Print by Warren Louw today.