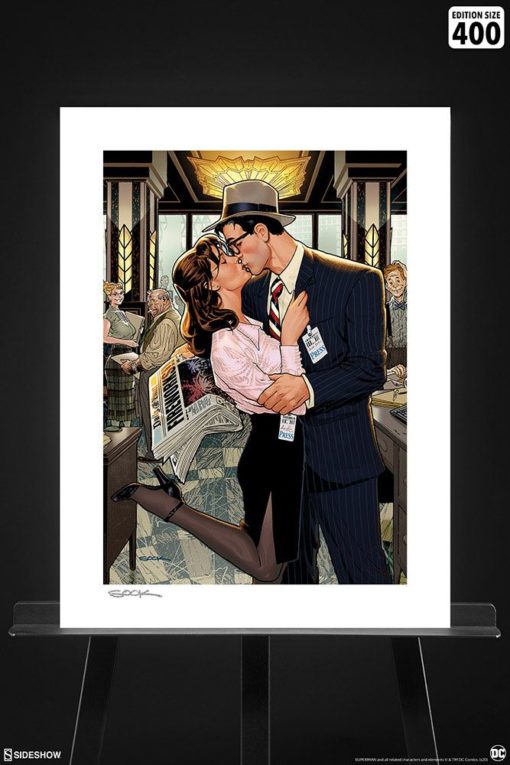 This picture-perfect print captures the spark between Lois Lane and Clark Kent as they share a kiss in front of the onlooking staff of the Daily Planet. Light from above outlines the classic comic book couple and illuminates a fantastic 4th of July edition of the Daily Planet Newspaper that reads, “Fireworks!!”.

Originally published as card art for the VS System Trading card game, this illustration has been specially remastered by the artist in a fine art collectible format. Each Lois & Clark: Fireworks!! Fine Art Print features an authorized, automated artist signature as well as an embossed Seal of Authenticity as a part of the limited edition of 400 pieces.

Get the story of the century when you add the Lois & Clark: Fireworks!! Fine Art Print by artist Ryan Sook to your DC Comics collection.