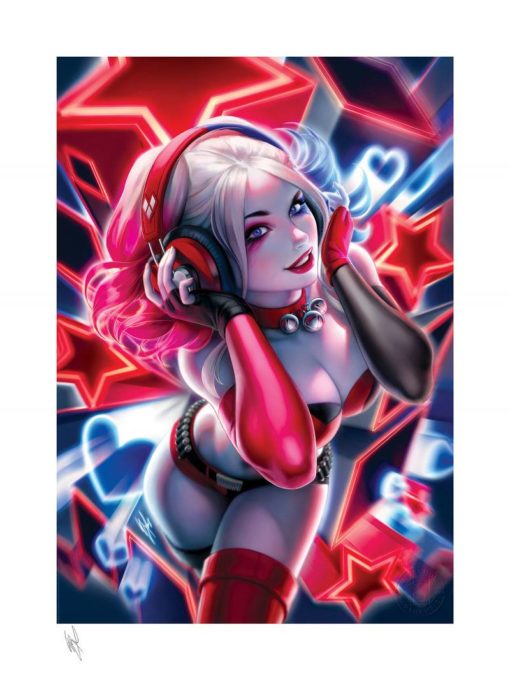 FREE Shipping to the UK
Earn 122 Points with this purchase!
Estimated Release: August 2021.

Hiya pudding! In the rose-tinted Harley Quinn & Poison Ivy Fine Art Print, pastel-colored confetti, streamers, and balloons all fall around Gotham’s most dangerous dames. As the two villains lock eyes with the viewer, Poison Ivy holds a rose and blows a deadly kiss while Harley Quinn crouches with her trusty hammer, hanging The Joker and Batman keychains by a thread.

This original composition inspired by the iconic DC Comics villains is now available to fans as a fine art collectible. Each Harley Quinn & Poison Ivy Fine Art Print features an authorized, automated artist signature and an embossed Seal of Authenticity as a part of the limited edition of 400 pieces.

You’ll have lots to celebrate when you add the Harley Quinn & Poison Ivy Fine Art Print by John Keaveney to your DC Comics collection.