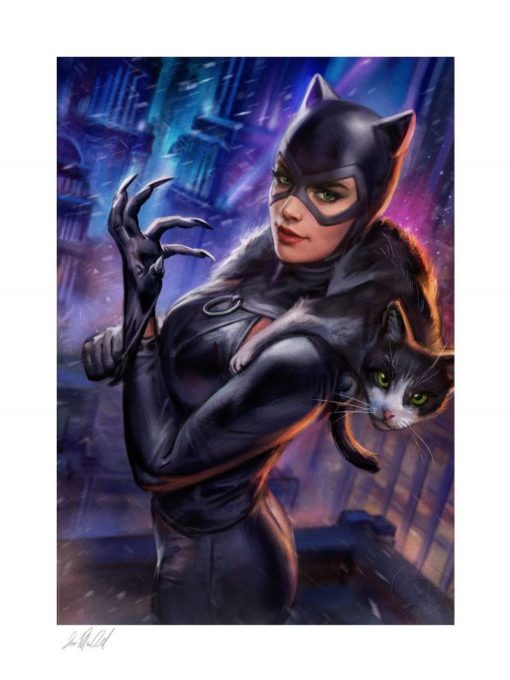 “The mask let me be the woman I wanted to become.”

“The mask let me be the woman I wanted to become.”

Cat got your tongue? In the Catwoman #21 Fine Art Print, Catwoman and her feline companion peer out at the viewer with their matching emerald eyes. Selina Kyle’s clawed gloves glimmer in the winter storm as she stands in front of a city skyline flashing with brilliant lights of sapphire and ruby.

Originally created as a variant cover for Catwoman #21, written by Joëlle Jones for DC Comics, this comic book artwork is now available to fans as a fine art collectible. Each Catwoman #21 Fine Art Print features an authorized, automated artist signature and an embossed Seal of Authenticity as a part of the limited edition of 400 pieces.

Curl your claws around this precious piece and add the Catwoman #21 Fine Art Print by Ian MacDonald to your DC Comics collection.