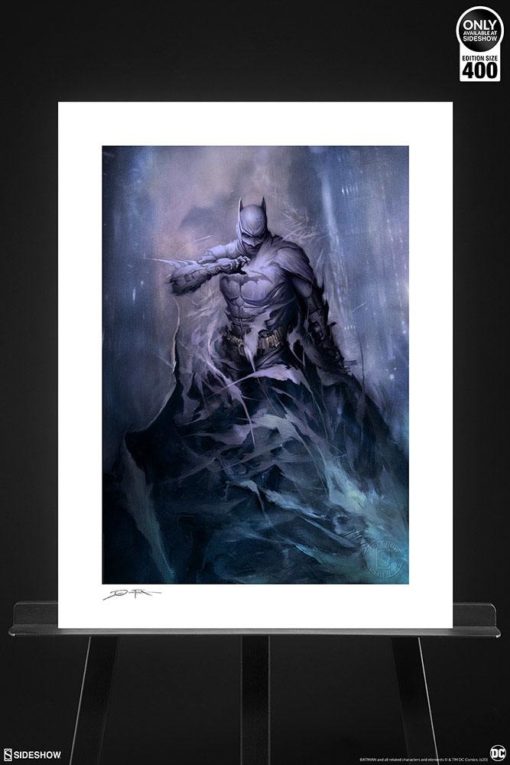 Earn 135 Points with this purchase!

Like the bat-signal in the sky, Batman stands as a beacon of hope in the darkest night. Artist Dan Quintana offers a unique take on Bruce Wayne’s signature look as spectral threads of white surround the Caped Crusader, making him a ghost in the shadows. Muted blues and purples color the composition, giving fans a supernatural perspective on Gotham City’s greatest detective.

Originally created as a variant cover for Batman: Detective Comics #1006 (2016), written by Peter J. Tomasi for DC Comics, this dreamy illustration of the Dark Knight is now available in a fine art collectible format. Each Batman: Detective Comics #1006 Fine Art Print features an authorized, automated artist signature and an embossed Seal of Authenticity as a part of the limited edition of 400 pieces.

Defend your collection from the darkness and bring home the Batman: Detective Comics #1006 Fine Art Print by Dan Quintana today.