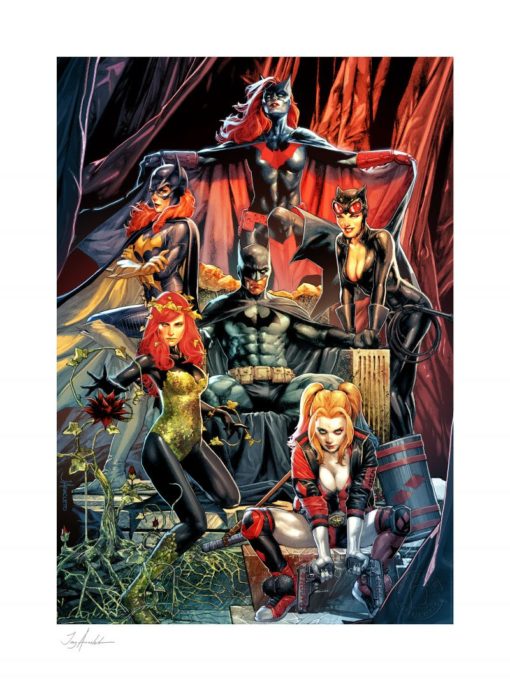 FREE Shipping to the UK
Earn 134 Points with this purchase!

After 80 years on the scene, Batman is comic book royalty, so illustrator Jay Anacleto sits the Dark Knight down in a throne surrounded by the most powerful women in Gotham. At the top of the arrangement, Batwoman spreads her crimson cape wide, framing Catwoman and Batgirl as they flank Batman on either side. Poison Ivy and Harley Quinn crouch at the foot of the throne, flowers and firearms ready to protect Gotham’s finest hero.

Originally created as a retailer exclusive variant cover for Batman™: Detective Comics #1000, a landmark issue celebrating 80 years of Batman in DC Comics, this highly detailed comic book artwork is now available to fans as a fine art collectible exclusively through Sideshow. Each Batman™: Detective Comics #1000 Fine Art Print features an authorized, automated artist signature and an embossed Seal of Authenticity as a part of the limited edition of 500 pieces.