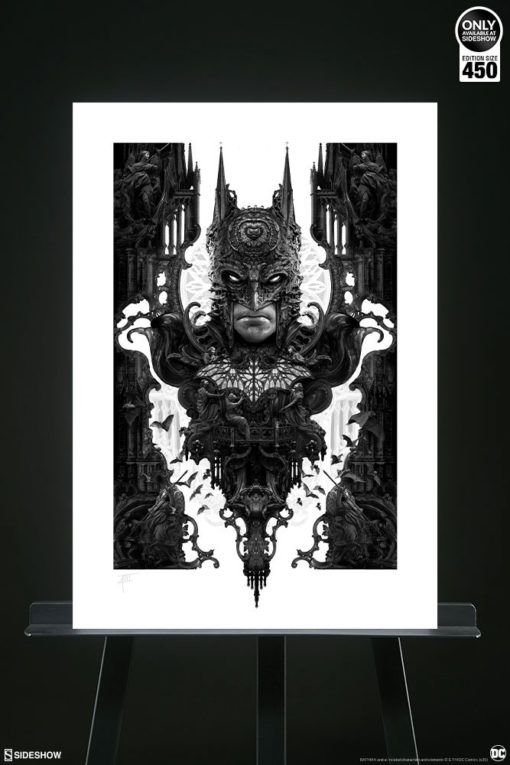 Earn 133 Points with this purchase!

In the Batman Fine Art Print, Nekro renders the menacing scowl of the Dark Knight with hyper-detailed gothic architecture shaping his suit, from the statuesque guardian angels framing the portrait to the ever-climbing spires forming his cowl. A stained glass window is cut in the design of the Bat symbol, as flying bats glide on either side of the portrait in the empty spaces between buildings.

Each Batman Fine Art Print features an authorized, automated artist signature and an embossed Seal of Authenticity as a part of the limited edition of 450 pieces. This stunning illustration truly exemplifies that Gotham is nothing without Batman, because Batman is Gotham.

Bring Gotham City to your own home when you add the Batman Fine Art Print by Nekro to your Batman collection.