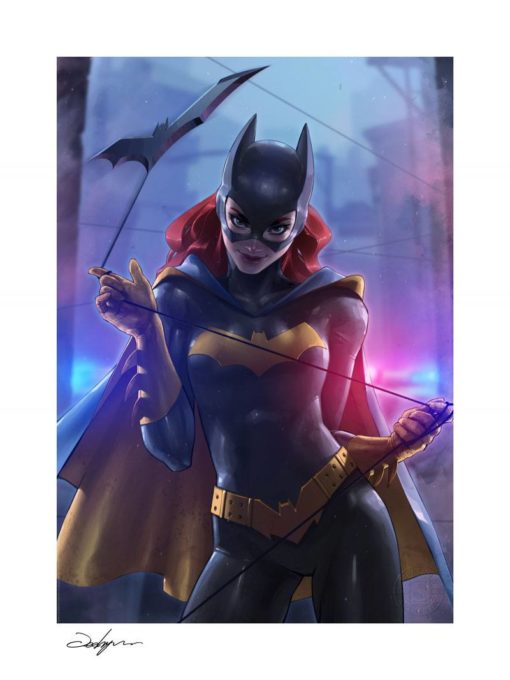 FREE Shipping to the UK
Earn 127 Points with this purchase!
Estimated Release: September 2021.

No one knows the streets of Gotham better than Batgirl. With red and blue siren lights glaring behind her, and power lines roped across the dense buildings, there’s only one hero dextrous and dedicated enough to protect her city. Batgirl stands front and center, twirling a razor-sharp Batarang as it ricochets from one side of the portrait to another. Smiling as she stares down the viewer, Babs is ready to launch into action.

Originally created as a variant cover for Batman: The Adventures Continue #3 (2020), written by Alan Burnett and Paul Dini for DC Comics, this dynamic comic book illustration is now available as a fine art collectible. Each Batgirl Fine Art Print features an authorized, automated artist signature and an embossed Seal of Authenticity as a part of the limited edition of 375 pieces.

Explore the streets of Gotham City and add the Batgirl Fine Art Print by Jeehyung Lee to your DC Comics collection today.