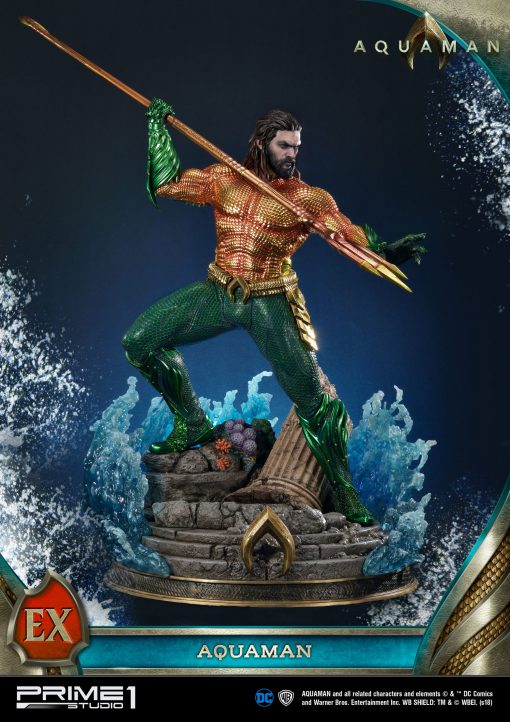 FREE Shipping to the UK
Earn 5,000 Points with this purchase!

In StockNote: Due to the size of this item, extra shipping costs will apply.
Please contact us for more information.Delivery in 10 to 15 work days*

Prime 1 Studio is proud to present MMAM-01: Aquaman from Aquaman Film releasing this December 2018. Arthur Curry features actor, Jason Momoa, as the King of the Seven Seas. Born with the Atlantean name Orin, is the crown prince of Atlantis, as well as the superhero, known as Aquaman. This statue portrait is carefully sculpted based on Jason Momoa’s likeness from the film. Arthur Curry is holding in his right-hand the ancient Atlantean relic, also known as Trident of Atlantis, wielded by the ancient King of Atlantis, Atlan. Representing him, the ruler of the underwater kingdom of Atlantis and the protector of the oceans. Aquaman statue is intricately sculpted with attention to detail with gold chrome armor finish and sparkling effect on the pants to be the most movie accurate as possible.

The Exclusive version comes with an alternate portrait that gives a wet hair look. This is a must have statue to add in your DC Comics collectibles collection.