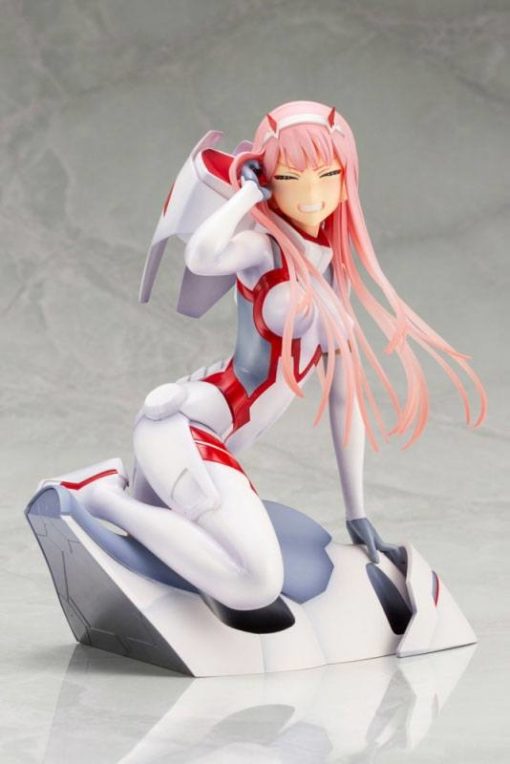 From the hit anime Darling in the FRANXX, Kotobukiya presents ZERO TWO in her pilot suit!

Zero Two’s posing depicts her looking back as she boards Strelizia and prepares to connect. The compact posing shows off the pilot’s curves, while her flowing hair provides a sense of movement that gives the statue a sense of balance with the simplistic pose. The mechanical parts of Zero Two’s pilot suit and the wrinkles in the fabric are faithfully recreated in stunning detail, and the tips of her iconic light pink hair are created with clear plastic, allowing the light to pass through them beautifully.

Zero Two’s perfectly balanced pose and the detail in her brave expression make this rendition of this iconic character one you won’t want to miss!

It stands approx. 17 cm tall and comes with base in a window box packaging.

This special edition comes in a different color pilot suit and different facial expression from the normal edition released in 2018!

Be the first to review “Darling in the Franxx PVC Statue 1/7 Zero Two The 13th Unit Ver. 17 cm” Cancel reply