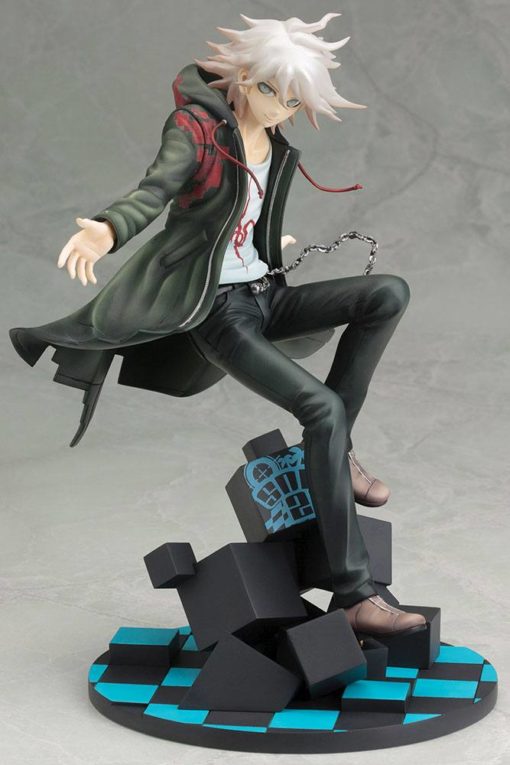 FREE Shipping to the UK
Earn 117 Points with this purchase!

Characters from the popular high-speed mystery action game, “SUPER DANGANRONPA 2: Sayonara Zetsubou Gakuen,” are joining the ARTFX J series! The second in the lineup is the “Ult…

The way the coat looks as though it is fluttering in the wind and the distinctive hairdo that resembles a flickering flame are all must-see details on this figure. Every minute detail such as the patterned coat and shirt as well as the wallet chain are also perfectly reproduced in the sculpt.

The base is decorated in aqua blue and dark gray with a series of cubes sticking out. A logo inspired by the game’s title is printed onto one of the cubes and adds a stylish finish reminiscent of the game itself.

Line this figure up with ARTFX J Hajime Hinata to immerse yourself in the world of “SUPER DANGANRONPA 2: Sayonara Zetsubou Gakuen.”

To commemorate the 10th anniversary of the Danganronpa series, this reproduction variant comes with a special packaging that is decorated with the “Danganronpa 10th Anniversary” logo.