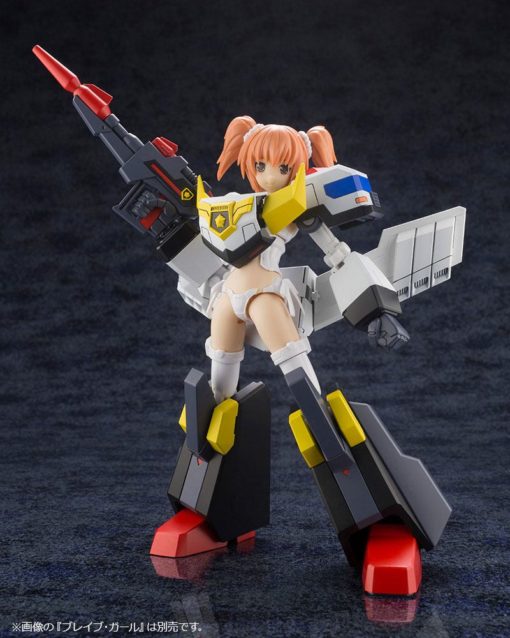 Earn 83 Points with this purchase!

Each part has been carefully designed to match the proportions in the anime character designs, and includes flexible joints, giving this model many options to pose!
With the included weapons and the variety of hand parts that has further increased after Great Exkizer, users can recreate memorable moments and battle scenes from the series.
The model is equipped with several 3 mm and 5 mm connection points, making it compatible with existing Brave Girl, Frame Arms, and Frame Arms Girl.
Users can thus enjoy this special plastic model kit feature of exchanging parts with the Brave model kit series and the Brave Girl series going forward.

Also, “J-Decker Max Cannon Mode” can be recreated by attaching the Max Cannon that is included with the separately sold DECKERD & MAXCANNON, allowing users more possibilities to enjoy this model kit!