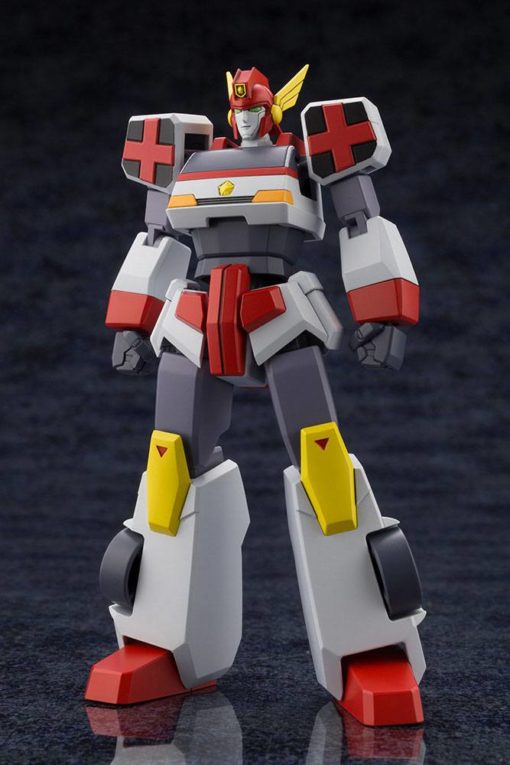 FREE Shipping to the UK
Earn 108 Points with this purchase!
Estimated Release: March 2022.

The fifth entry in the Kotobukiya Brave series is a set of parts that can be used to recreate Duke and Fire J-Decker from Brave Police J-Decker!

The fifth entry in the Kotobukiya Brave series is a set of parts that can be used to recreate Duke and Fire J-Decker from Brave Police J-Decker!

The model for Duke perfectly recreates the proportions from the original design and anime with strict attention to detail. With an inner articulated frame that extends through each part of the model’s body and a finely detailed sculpt of each part, the perfect balance of aesthetic and articulation was achieved for this character!

The elbow and thigh joints use a sliding feature that allows parts to move without disrupting the model’s proportions.

The kit includes three pre-painted face parts, a standard-issue revolver, a Brave Police notebook, and a variety of hand parts. These hand parts include a new set for the separately sold Deckerd model to display the two models together and recreate scenes from the series.

The Fire Parts can be combined with the separately sold J-DECKER to build Fire J-Decker, providing even more ways to enjoy and display the models!