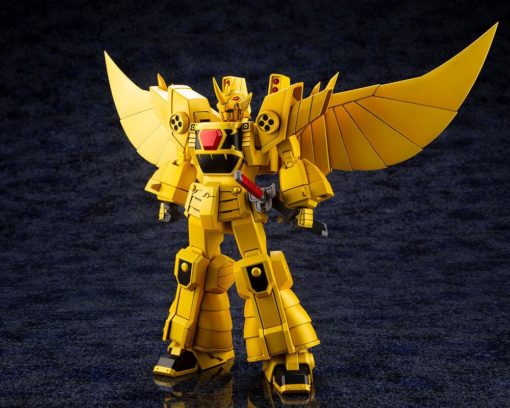 FREE Shipping to the UK
Earn 99 Points with this purchase!

From the anime “The Brave of Gold Goldran” comes the fourth addition to the Kotobukiya Brave model kit series: Sky Goldran!

From the anime “The Brave of Gold Goldran” comes the fourth addition to the Kotobukiya Brave model kit series: Sky Goldran!

You can reenact scenes from various parts of the anime by recreating the form of Sky Goldran who made its debut within the middle of the adventure, to the signature Goldran you can see from the start of the series.

Each part has been carefully designed to match the proportions in the anime character designs, and includes flexible joints, giving this model many options to pose!

With the pop-out joints implemented into the model, you can recreate various abilities as shown in the anime such as “Ittou-Ryoudan-Giri” and “Shippuu-Jinrai-Giri” (Gale Thunderclap Slash).