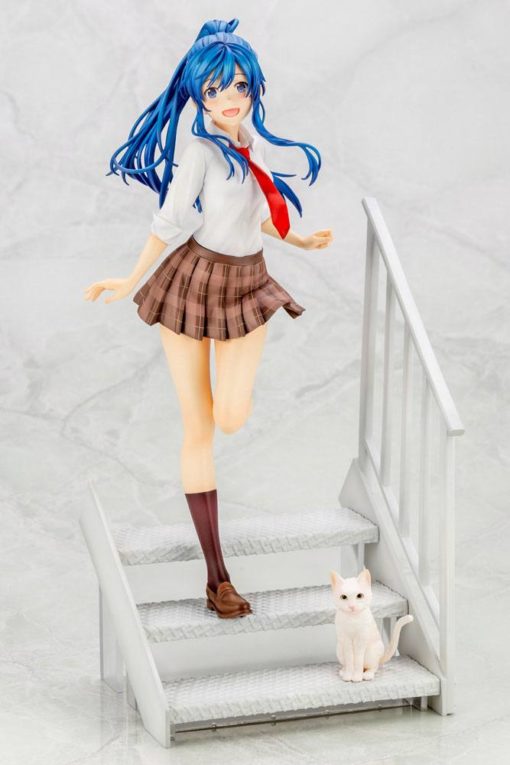 FREE Shipping to the UK
Earn 150 Points with this purchase!
Estimated Release: September 2021.

Welcome to the world of Nanami!

Welcome to the world of Nanami!

The popular and energetic classmate, “Mimimi”, happens to come across a cat by the stairs at her school’s fire escape, then… This is the very moment that has been captured in this statue.

Minami’s ponytail looks as though it is truly swaying in the air. The honest and picturesque smile on her face makes all those around her beam with happiness.

Be sure to display this statue with the separately sold Aoi Hinami!