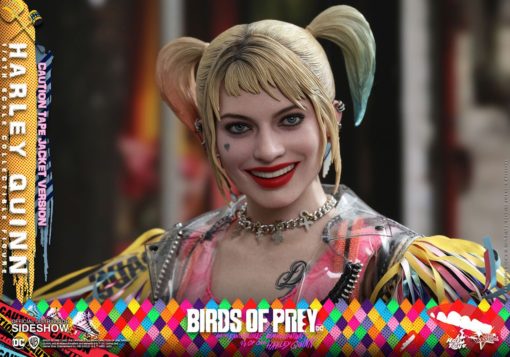 Who needs The Joker? After breaking up with her puddin, our totally insane and downright dangerous Harley Quinn leaves plenty of the past behind, returns to the big screen with …

Who needs The Joker? After breaking up with her puddin, our totally insane and downright dangerous Harley Quinn leaves plenty of the past behind, returns to the big screen with a whole new gang, takes on new challenges in the crime-ridden Gotham City featuring things that she would never expect.

Share in the mayhem with the signature Harley Quinn figure for another thrilling adventure in Birds of Prey!