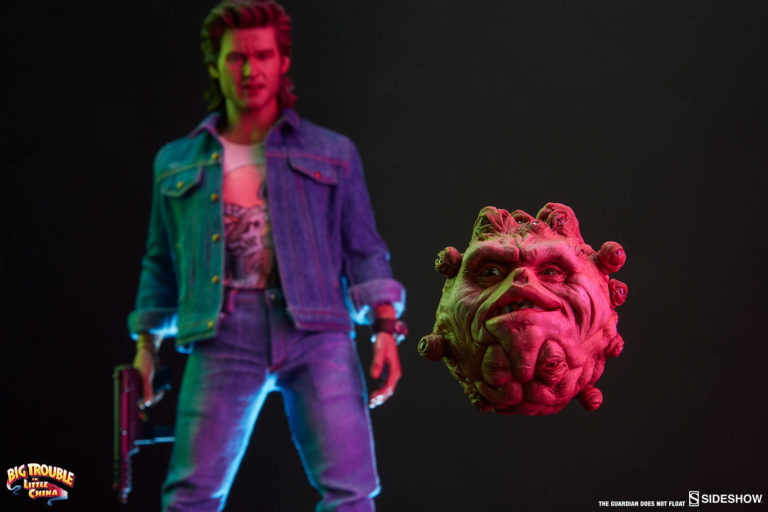 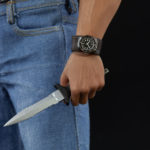 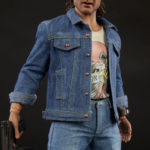 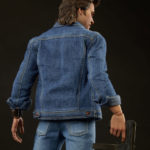 Earn 284 Points with this purchase!

John Carpenter’s Big Trouble in Little China and its hapless hero Jack Burton have a very special place in our hearts. Sideshow’s new sixth scale figure is more than a piece of …

John Carpenter’s Big Trouble in Little China and its hapless hero Jack Burton have a very special place in our hearts. Sideshow’s new sixth scale figure is more than a piece of nostalgia; it’s a loving homage to one of the funniest and most endearing action heroes of a generation!

The new limited-edition Jack Burton figure raises the bar yet again for the possibilities of the sixth scale format. Featuring a super-lifelike portrait of Kurt Russell in all of his mid-eighties glory, including a lovingly sculpted rendition of his magnificent mullet!

From the laces on his custom leather boots to the creases to the weathering on those sweet eighties blue jeans – each part of his wardrobe has been recreated for supreme movie-accuracy.

Sideshow also produced miniature versions of the weapons that Jack uses to great (and unintentionally hilarious) effect while battling Lo Pan and his minions. Check out the attention to detail on his tiny semi-auto pistol and his boot knife. They’ve captured every minuscule detail on this sixth scale figure – even recreating the tiny stitching on his leather watch cuff!

If this just wasn’t enough awesomeness for you, Sideshow has also created a miniature version of one of our favorite creatures from the movie – the floating eyeball monster known simply as “The Guardian”.

This highly detailed sculpt of this weird and wonderful wandering monster is supplied with a “floating” support, allowing him to be displayed next to Jack.