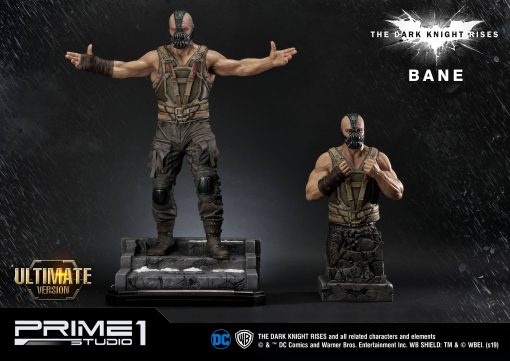 FREE Shipping to the UK
Earn 1,660 Points with this purchase!
Estimated Release: August 2021.

Bane Ultimate edition statue includes an additional Torso with a Bust stand. The additional torso give the option to have another look. You can’t refuse this ultimate must-have masterpiece for all Dark Knight fans!!