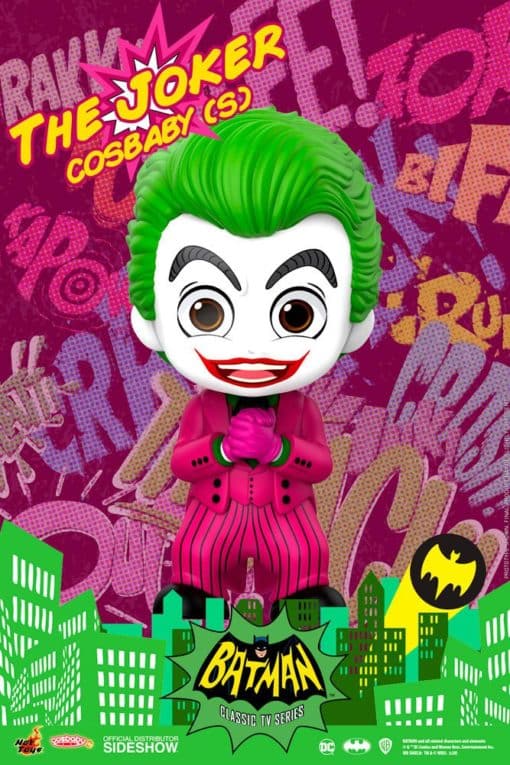 FREE Shipping to the UK
Earn 42 Points with this purchase!

The Batman live-action series inspired by the DC comic book character of the same title has delighted audiences and for several generations. Based on the 1960’s era Batman Classic TV Series, Sideshow and Hot Toys present the Joker Cosbaby capturing the early appearances of the villain. Each Cosbaby stands approximately 11 cm tall includes a themed figure base.

The Joker in his signature purple suit brings the classic moments off the screen and into your display. Add the Joker to your collection today!