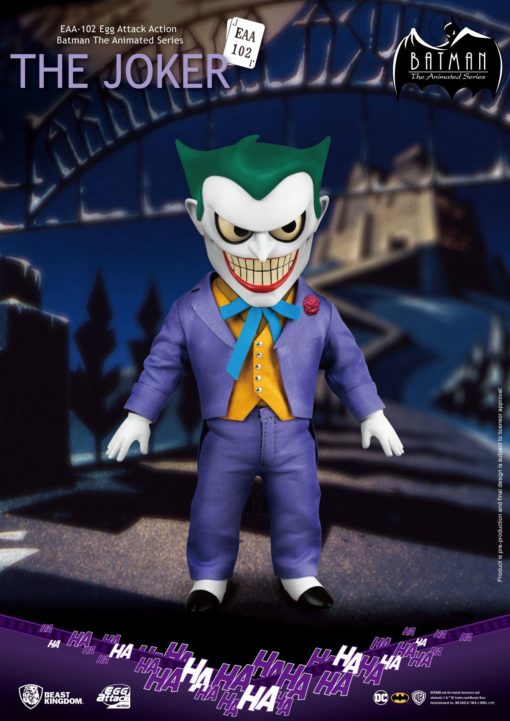 Considered by many to be the definitive animated version of Joker, Mark Hamill’s version of the Clown Prince Of Crime is recreated in an all new Egg Attack Action design, comple…

Considered by many to be the definitive animated version of Joker, Mark Hamill’s version of the Clown Prince Of Crime is recreated in an all new Egg Attack Action design, complete with multiple facial expressions, real cloth purple suite and a bevy of accessories fit for any maniacal villain!