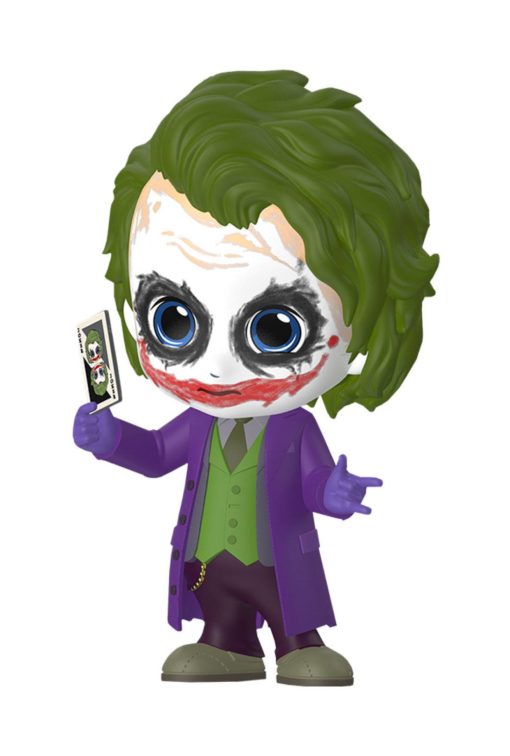 In The Dark Knight, master of evil The Joker ravages Gotham City intent on destroying Batman. He is always prepared to bring chaos and cause terror in the city. Adding on to The…

In The Dark Knight, master of evil The Joker ravages Gotham City intent on destroying Batman. He is always prepared to bring chaos and cause terror in the city. Adding on to The Dark Knight Cosbaby collectible series, Sideshow and Hot Toys present the Joker Cosbaby. Each Cosbaby figure measures approximately 12 cm tall including figure base. Joker in crazy green hair and smudging clown makeup has put on his classic purple coat, holding playing cards in one hand trying to leaves his mark everywhere he goes.

Add the madness to your collection today!