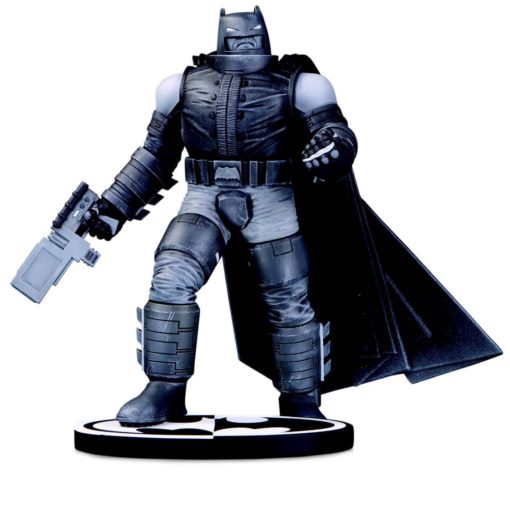 FREE Shipping to the UK
Earn 122 Points with this purchase!
Estimated Release: July 2021.

Based on Frank Miller’s design from the 1986 series The Dark Knight Returns, this armored Batman perfectly encapsulates the worn-out, dystopian vibe from the comics while showin…

Based on Frank Miller’s design from the 1986 series The Dark Knight Returns, this armored Batman perfectly encapsulates the worn-out, dystopian vibe from the comics while showing the technological power Batman possesses in the story. This statue is a must for serious Batman collectors. Limited to 5,000 pieces and individually numbered. Statue measures approximately 7.25″ tall.