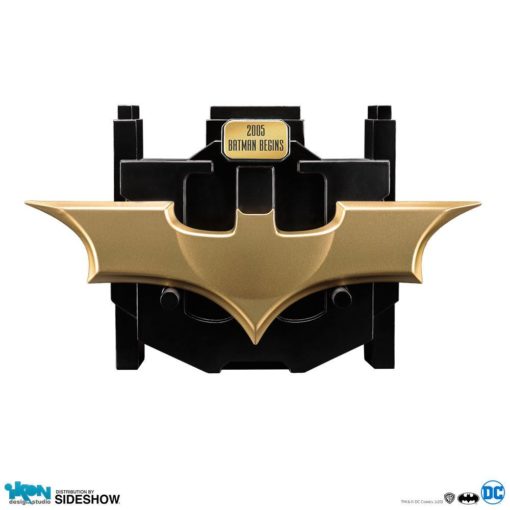 Earn 160 Points with this purchase!
Estimated Release: May 2021.

Straight from Batman’s vast, hi-tech armory comes a replica of his most iconic gadget; The Batarang!

Straight from Batman’s vast, hi-tech armory comes a replica of his most iconic gadget; The Batarang!

Featured in the critically-acclaimed 2005 blockbuster Batman Begins, this Batarang measures approximately 18 cm long and is cast in solid metal.

An incredible Wayne Tech branded display stand comes included, complete with a nameplate detailing the Batarang on display. Additionally, the stand itself can stack with other Ikon Design Studio Batarang releases to create a dynamic ‘through the ages’ Batarang display!