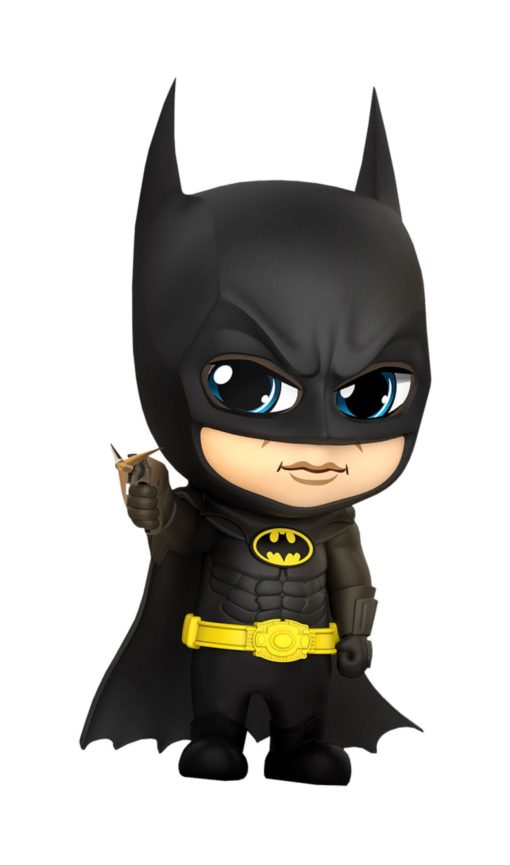 Earn 40 Points with this purchase!
Estimated Release: May 2021.

When the Bat-Signal flashes across the night sky, Batman springs into action and descends from the rooftops to defend the citizens of Gotham City from the criminal underworld that threatens them. Based on the classic Batman released in 1989, Sideshow and Hot Toys present Batman with Grappling Gun Cosbaby(s)! Each Cosbaby stands approximately 12 cm tall with a rotatable head and themed figure base.

Batman with Grappling Gun highlights Batman and his fancy weapon in stylish Cosbaby style, Batman is ready! Add the masked crusader to your collection today!