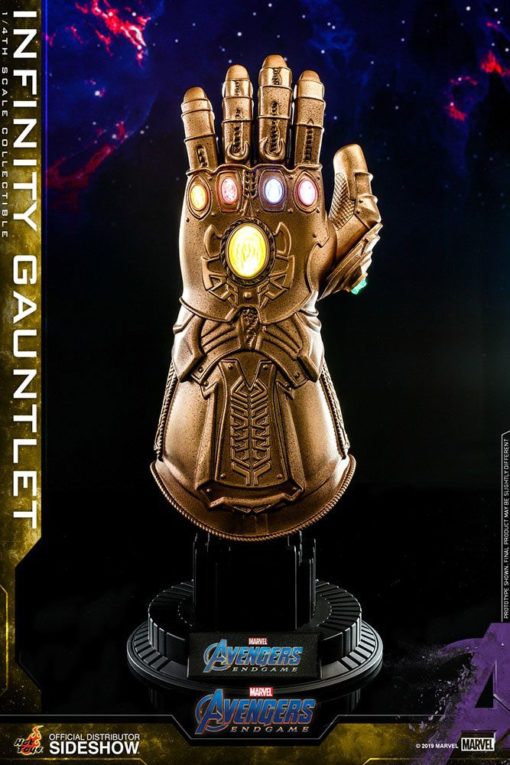 FREE Shipping to the UK
Earn 139 Points with this purchase!

Capable of channeling the full power of the Infinity Stones, the Infinity Gauntlet is one of the most dangerous and mysterious weapons in the universe. When it is fully charged …

This quarter scale sized collectible stands approximately 17 cm (23 cm with base) tall, and it features authentic and fine details of the Infinity Gauntlet. It is equipped with LED light-up function with two lighting modes which include light-up effect and pulsing light effects for the six mighty Infinity Stones, finished with fine metallic painting and weathering effects, and a specially designed custom base with movie logo that will hold the gauntlet firmly in an upright position.

Don’t miss a chance to own this movie accurate Infinity Gauntlet collectible, as it will surely capture attention in your Marvel Cinematic Universe display!