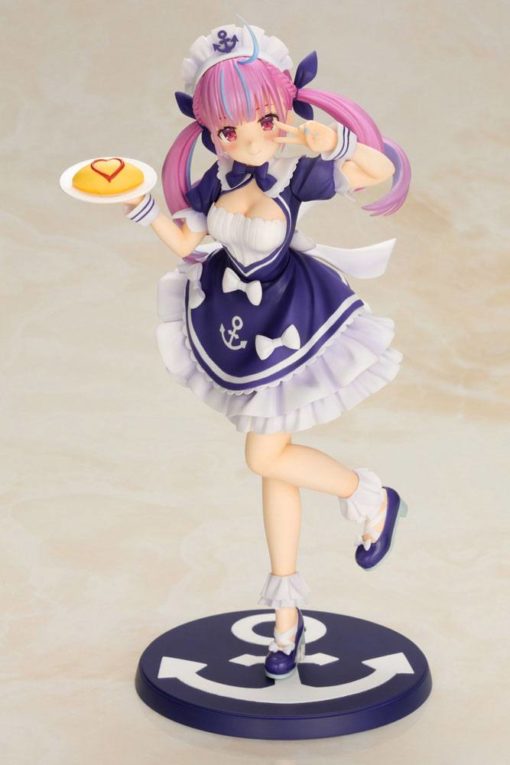 FREE Shipping to the UK
Earn 163 Points with this purchase!
Estimated Release: August 2021.

Aqua Minato, a VTuber from the second generation of talents from hololive production is now available as a scale figure! Aqua can be seen wearing her signature marine-themed mai…

Aqua Minato, a VTuber from the second generation of talents from hololive production is now available as a scale figure! Aqua can be seen wearing her signature marine-themed maid uniform with a plate of omurice in-hand.

The pose is full of idol-like cuteness, and the softy fluttering skirt also adds a nice touch to the figure.

The pink and light blue gradient of her distinctive hair is carefully reproduced. Clear parts are used for the hair to create a beautiful and transparent finish.

The marine-themed maid uniform has been carefully sculpted and reproduced down to the finest detail. Every wrinkle and texture of the outfit have also been carefully preserved in the final product.

Even the smallest parts of the figure, such as the omurice for her “Master”, are fully recreated with great care. The base is decorated with a signature anchor design.

Be sure to get your hands on Aqua Minato, the hardcore gamer virtual maid!