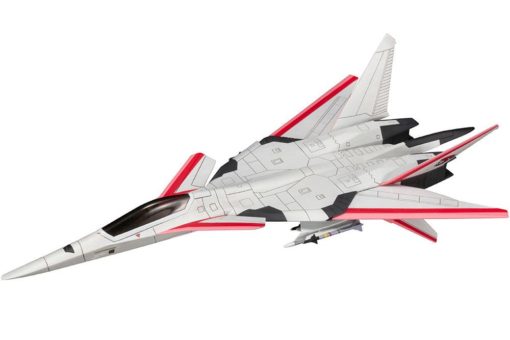 With its first release for the PlayStation in 1995, the Ace combat series is a cornerstone of the combat flight simulator genre, and now the xfa-627 unit from the series is join…

With its first release for the PlayStation in 1995, the Ace combat series is a cornerstone of the combat flight simulator genre, and now the xfa-627 unit from the series is joining kotobukiya’s lineup of plastic null kits!

As one of the original units, the xfa-27 has over twenty years of history in the series. The plastic null kit is based on the fine-tuned design that appears in the ps3’s Ace combat Infinity. The base of the ship is made of white plastic, while the canards, main wings, tail units, and Ventral fines are all pre-painted with the xfa-27’s signature red markings allowing you to easily enjoy assembling the null with no painting required! at a compact 1/144 scale, this kit is perfect for displaying alongside other models to recreate scenes from four player co-op battles.

This is a snap-fit null kit that does not require adhesives.