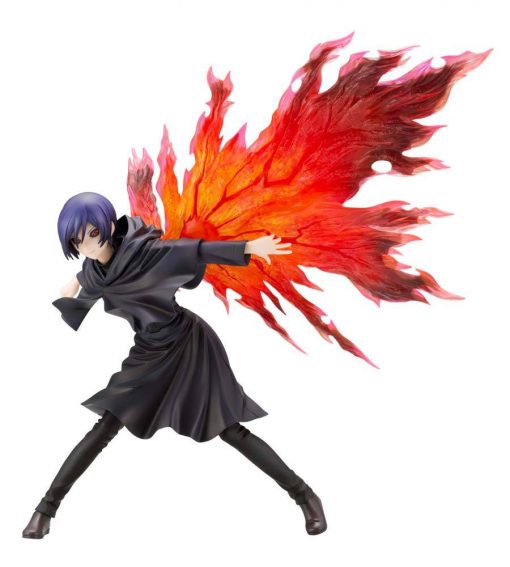 Earn 150 Points with this purchase!

From the hit anime Tokyo Ghoul: re, the final season of which will begin in October of 2018, Toka Kirishima is joining Kotobukiya’s ARTFX J lineup in 1/8 scale!

From the hit anime Tokyo Ghoul: re, the final season of which will begin in October of 2018, Toka Kirishima is joining Kotobukiya’s ARTFX J lineup in 1/8 scale!

Toka’s dynamic posing depicts her poised and ready to defend her companions as they plan their escape from Cochlea. You can feel Toka’s power in the sculpting of her skirt and cloak, and the piercing red kakugan that peeks out from behind her bangs.

The ghoul’s ukaku kagune are recreated in clear plastic and painted with stunning detail that catches the light beautifully.

The careful craftsmanship of this stunning statue gives the piece a powerful sense of presence that makes it the perfect addition to your collection.