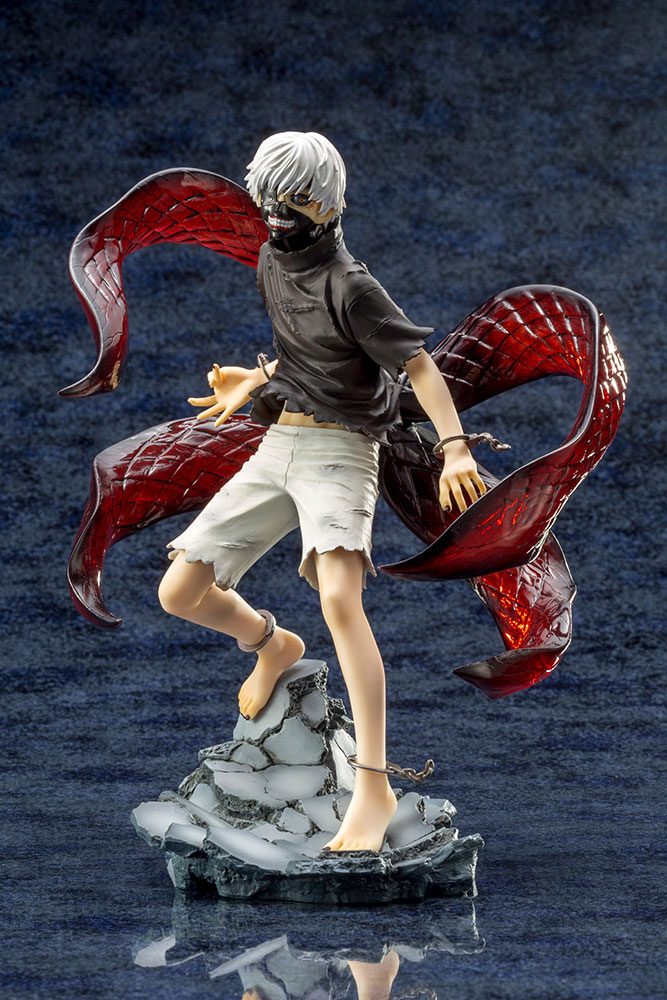 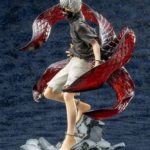 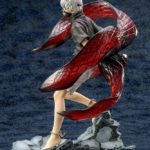 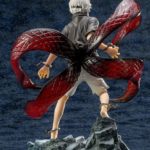 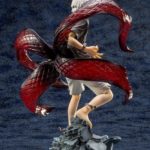 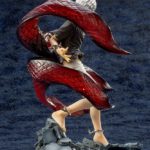 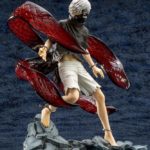 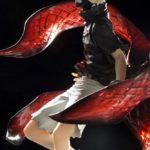 The latest entry in Kotobukiya’s ARTFX J line is a repainted version of the main character from Tokyo Ghoul depicte in his fully expressed half-ghoul state, KEN KANEKI AWAKENED …

The latest entry in Kotobukiya’s ARTFX J line is a repainted version of the main character from Tokyo Ghoul depicte in his fully expressed half-ghoul state, KEN KANEKI AWAKENED VER.!

Once a normal university freshman, Ken received the transplant of a ghoul organ which gave him his abilities and alternate form which he shows off here. The half-ghoul stands on a broken rubble base in a relaxed pose, ready to attack. Ken wears a tattered gray shirt and white shorts…but that’s just the remains of his human life. Crawling up his neck and over his face is his horrific ghoul mask complete with eye patch, though his rictus grin and one solid black eye are exposed. Of course, being awakened means that the half-ghoul’s “kagune” is released; Ken’s takes the form of four thick, tongue-like tentacles protruding from his back and undulating around him!