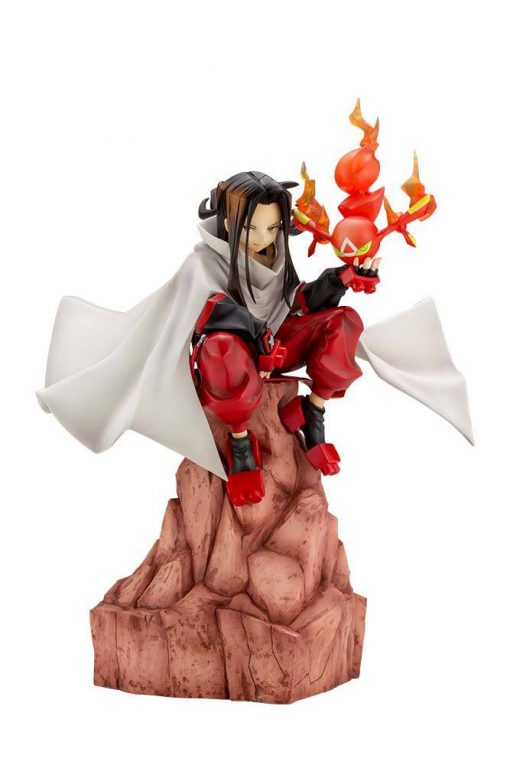 FREE Shipping to the UK
Earn 155 Points with this purchase!

The manga for Shaman King is celebrating its 20th anniversary in 2018 and in honor of the occasion Hao is joining Kotobukiya’s ARTFX J line! The statue was created based on spec…

The manga for Shaman King is celebrating its 20th anniversary in 2018 and in honor of the occasion Hao is joining Kotobukiya’s ARTFX J line! The statue was created based on special concept art created by series illustrator Hiroyuki Takei.

This ARTFX J statue was created under the careful supervision of the artist, from the sculpting of the cloak to the angles of his legs. Even the parts of Hao’s cloak that aren’t directly visible are painstakingly recreated, and the entire statue exudes the character’s energy while also perfectly recreating the appearance of the concept illustration.

Hao’s Spirit of Fire is created with clear plastic, giving it a unique appearance that catches the light nicely, and it almost appears as if the spirit is floating above the shaman’s hand!

Created specifically to be adapted to figure form, the concept art alone is a must-see for all Shaman King fans!

The base for the statue connects with the separately sold ARTFX J Yoh Asakura statue, allowing you to recreate the world of this beloved series in your own collection!