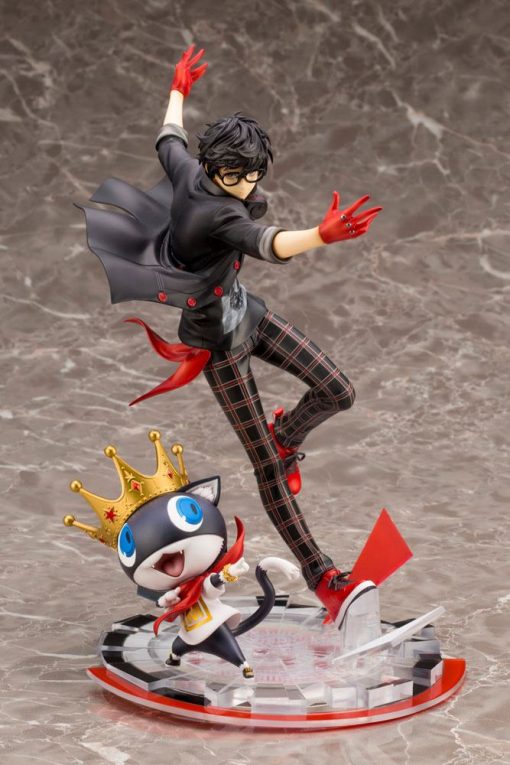 The latest additions to Kotobukiya’s ARTFX J series are the Hero & Morgana from the Persona 5 rhythm game, Persona 5: Dancing in Starlight!

The latest additions to Kotobukiya’s ARTFX J series are the Hero & Morgana from the Persona 5 rhythm game, Persona 5: Dancing in Starlight!

The Hero and his companion Morgana from Persona 5 are decked out in new fashionable outfits designed for the stage, giving both characters a unique, hip vibe that differs from the atmosphere of the original RPG. Naturally, both characters’ designs are loyally recreated just as they appear in Dancing in Starlight!

The statues include an elaborate base that gives the statues the appearance of having jumped straight out of the game, with additional triangular pieces that give it a unique three-dimensional effect. Below the cracked clear surface of the base, you can even see the mark of the Phantom Thieves!

From the dynamic posing of the Hero to the small but eye-catching Morgana, this fun and energetic statue is sure to take your heart!