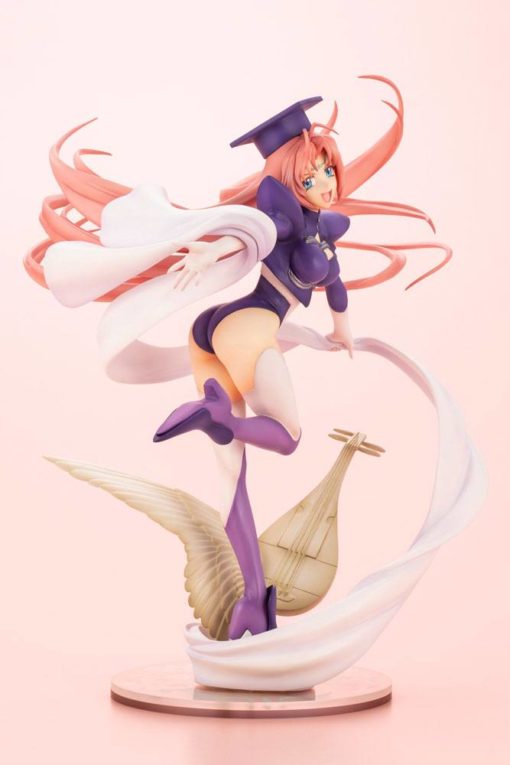 The statue’s elegant color scheme shows off Dakki’s unique charms, and her flowing hair and the Veil of Temptation give the statue a beautiful sense of movement.

The posing of the statue shows off Dakki’s unique sense of style and is bewitching from every angle. The base is decorated with a lute and wings that bring to mind Dakki’s sisters.

The eye-catching beauty of this statue makes it a temptation that is hard to resist!