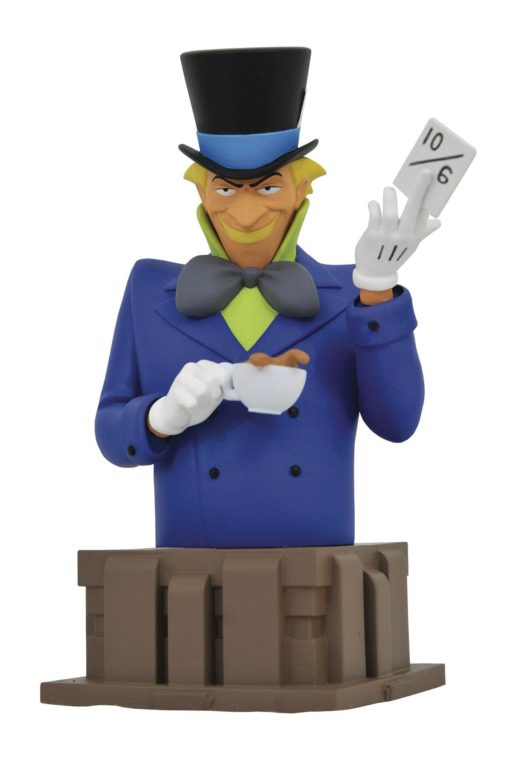 FREE Shipping to the UK
Earn 53 Points with this purchase!

He’s mad as a hatter! Jervis Tetch, a.k.a. the Mad Hatter, is the next Batman villain to join the resin bust line based on Batman: The Animated Series! Holding a cup of tea and …

He’s mad as a hatter! Jervis Tetch, a.k.a. the Mad Hatter, is the next Batman villain to join the resin bust line based on Batman: The Animated Series! Holding a cup of tea and one of his trademark mind-control cards, the Hatter measures approximately 6-7 inches tall and comes on a decorative pedestal inspired by the architecture of Gotham city. Designed by Barry Bradfield, sculpted by Varner Studios!