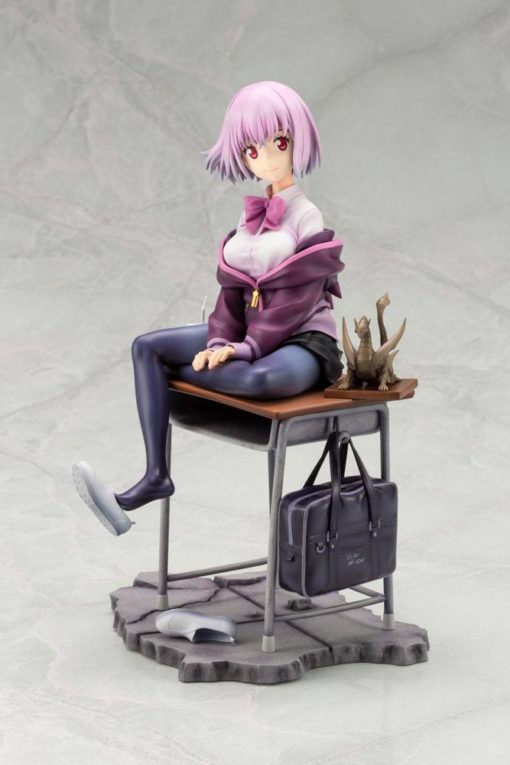 From the hit anime SSSS.GRIDMAN, Akane Shinjo comes as a statue in her school uniform!

This figure showcases details shown in artist Sho Sakamoto’s original illustration to the tee.
From the half opened and uniquely shaped hooded sweater to the wrinkles in her dress shirt, every detail is perfectly sculpted in a realistic manner.
The base for the figure can be used to display Akane side-by-side with Rikka Takarada (sold separately).

Pay close attention to Akane’s hair that looks as if it is fluttering in the wind, and additional details surrounding her like the juice pack and kaiju (monster).

Be sure to add this gently smiling girl to your collection.

It stands 21 cm tall and comes in a window box packaging.