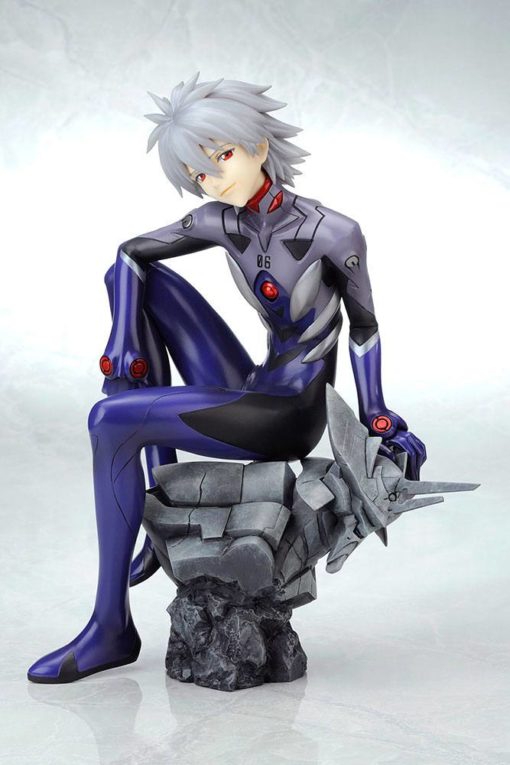 Kotobukiya’s 1/6 scale figure of Kaworu Nagisa is back in a brand new package!

Kotobukiya’s 1/6 scale figure of Kaworu Nagisa is back in a brand new package!

The statue was sculpted with the utmost attention to detail, recreating the slim lines of the character’s body in his form-fitting plugsuit. From his slender legs to the elegant arch of his back, this statue is full of eye-catching details.

The hair is made of clear plastic, which catches the light beautifully and faithfully recreates Kaworu’s soft silver hair. The expression on the handsome face peering out from behind the silver hair appears to change depending on the angle.

The statue and the unique base that resembles a stone statue of EVANGELION Mark 06 are sculpted by Shirahige Tsukuru, the craftsman behind all of the Evangelion statues in this series.