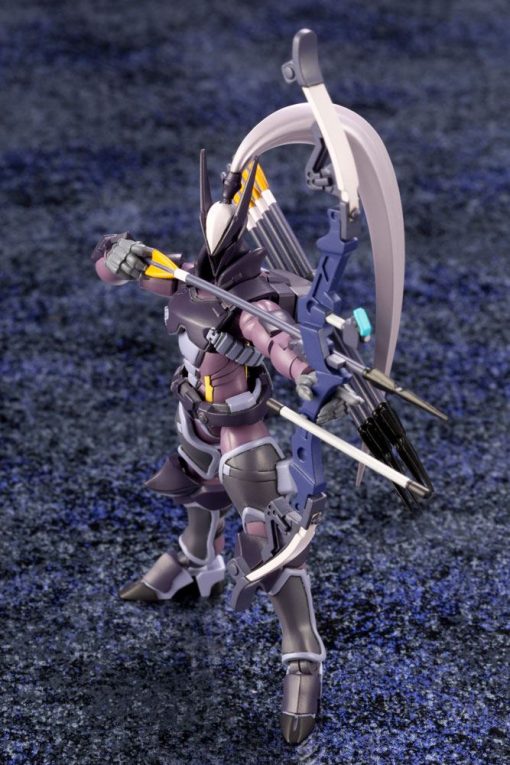 Earn 30 Points with this purchase!

There was once a type of Governor with extrasensory perception abilities that hunted the Valiant Force. These hunters were a superhuman soldiers designed to use a special armor …

There was once a type of Governor with extrasensory perception abilities that hunted the Valiant Force. These hunters were a superhuman soldiers designed to use a special armor type developed by Hakua Riken along with Monoceros, and are known as the black hunter, or Quetzal.

Like Monoceros, these super soldiers have artificially strengthened tissue, but Quetzal’s design and purpose varied from its counterpart. Quetzal was designed with highly sensitive vision, hearing, and olfactory perception abilities, giving it innate threat perception capabilities that drastically increase its ability to survive on the battlefield. In contrast with Monoceros, which was designed as an offensive model, Quetzal is designed to defend its allies, and has proven highly effective in the field.

Compared to the white soldier Monoceros, which emphasizes ferocity and battle-honed reflexes, Quetzal favors balance and stability. Due to the nature of the machine, Quetzal does not require as many cerebral nerve modifications as its counterpart, and is comparatively less harsh on subjects. For this reason, Quetzal is used more widely than Monoceros.

Due to the fact that the Ex Armor Types and the super soldiers that pilot them are both extremely new weapon systems, there are few active models seen on the battlefield. Despite this fact, the Liberty Alliance’s perception of the armor types and soldiers is favorable, and there are high expectations for Hakua Riken’s super soldiers in the future.