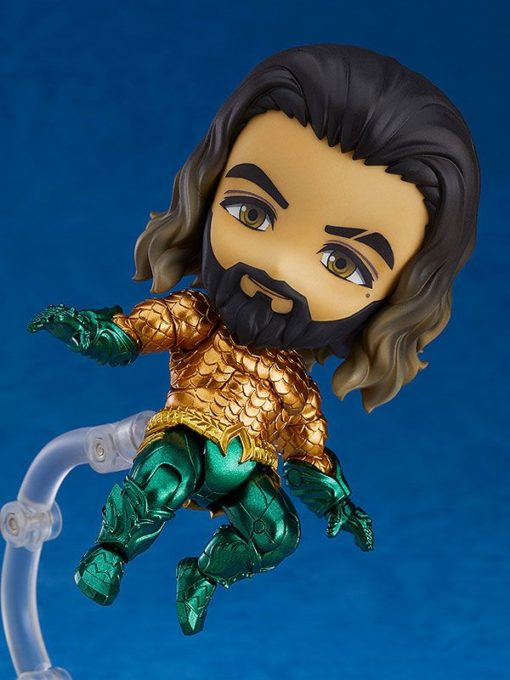 FREE Shipping to the UK
Earn 54 Points with this purchase!

From the movie “Aquaman” comes a Nendoroid of the hero himself, Aquaman! The scaled appearance of his signature gold and green costume has been faithfully recreated in Nendoroid…

From the movie “Aquaman” comes a Nendoroid of the hero himself, Aquaman! The scaled appearance of his signature gold and green costume has been faithfully recreated in Nendoroid form!

He comes with both a serious face plate and a smiling face plate, allowing for multiple display options. His gold trident and water effect parts are included, so you can easily recreate the abilities he learned from his mentor Vulko!

The figure features a highly-articulated double-jointed neck, making it easy to capture various different underwater poses from the film. Be sure to add him to your collection!