Check it out here!

Brilliantly portrayed by Mickey Rourke in the movie, Marv is captured in classic pose with pistol in hand, bloodstained shirt and heavy trench coat. With an authentic likeness of Marv, this incredibly realistic statue stands an imposing 50 cm tall on its Sin City themed base.

As with all Hollywood Collectibles pieces this Museum Quality statue is constructed from heavyweight polystone and then hand painted to the finest detail. 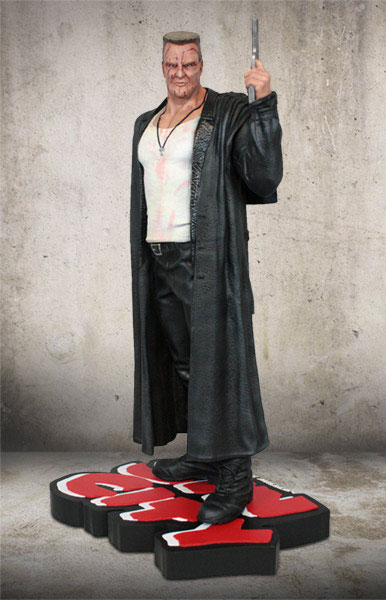 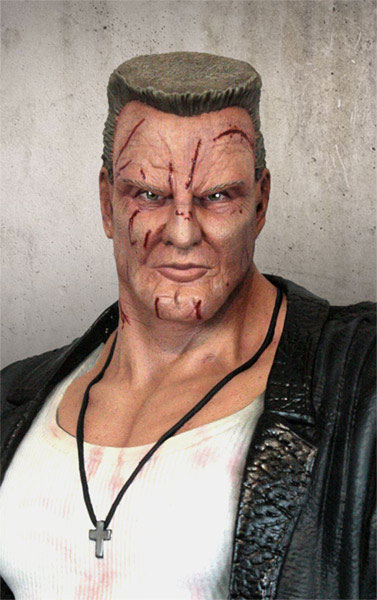 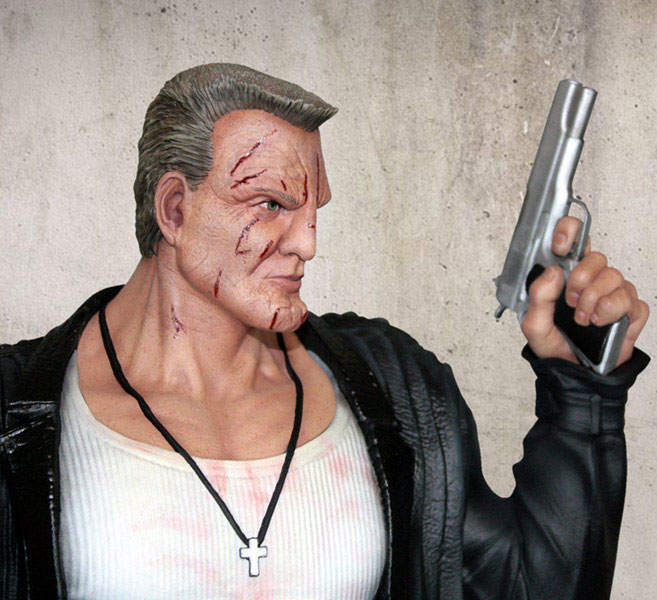 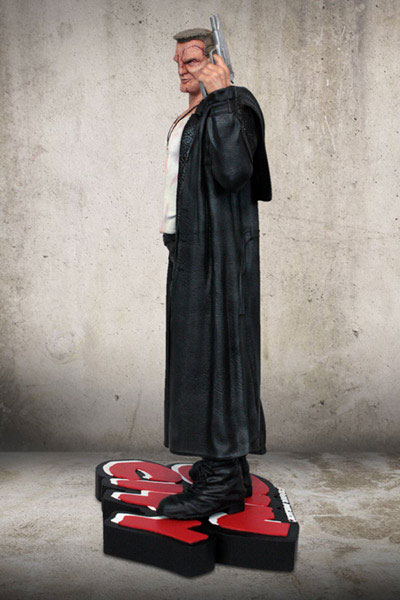 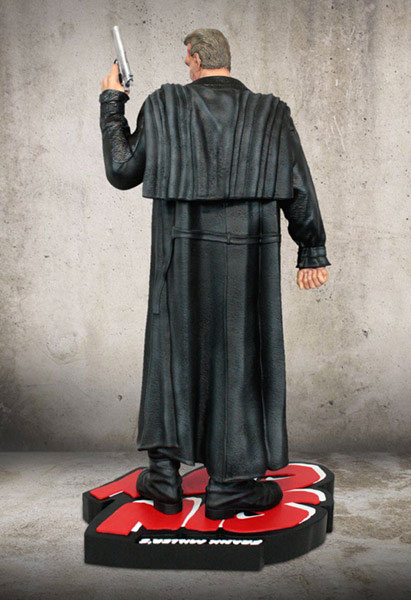 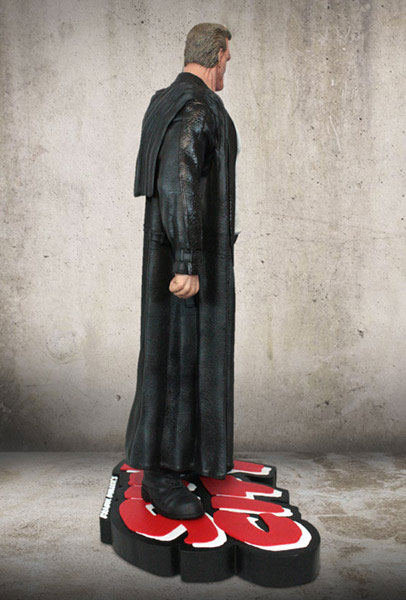 Marv is a fictional character in the graphic novel series Sin City, created by Frank Miller. In the 2005 film adaptation and its 2014 sequel, he is played by Mickey Rourke. He first appears in The Hard Goodbye and follows with appearances in A Dame to Kill For, Just Another Saturday Night, and Silent Night. He makes a brief cameo in Blue Eyes (as featured in Lost, Lonely, and Lethal).

He is depicted as an extremely imposing, 7-foot-tall (2.1 m) man with a flattop buzzcut, a falcon-like nose and a heavily scarred face, making him unappealing to the opposite sex. He has a massive frame and is distinctly broad-shouldered, generally towering over his fellow characters. He is usually seen dressed in an overcoat, white undershirt, leather pants and combat boots.

He suffers from an unnamed mental condition that causes him to “get confused”, which, judging from his own awareness of his illness and the effects it is shown to have, probably involves short-term memory loss and possibly hallucinations. He also fears “turn into what they always said “he” was gonna turn into- a maniac, a psycho killer.” Lucille, his parole officer, supplies him with medication (presumably antipsychotics) through her girlfriend Claire to control these effects of his condition. Claire, a psychiatrist, once tried to analyze him, but he claims she got “too scared.”