The game takes place 3 years after the original. A new fatal pandemic called the Black Plague, caused by red rain, has struck the Far East area. Members of Special Forces Blood, an affiliate of Fenrir who reside in a mobile base, are sent to assist. The player takes control of the new Protagonist (God Eater 2) who is a new recruit to Blood… Read More

Livie Collete is a character introduced in God Eater 2 Rage Burst. She wears a red-hooded short cape, and she’s the first character to use a Variant Scythe as the Blade part of her God Arc. She is also compatible with Julius Visconti’s and Romeo Leoni ‘s God Arcs — a rare event lining up with the first Protagonist’s unlikely miracle at the end of the Burst storyline.

She was also apparently acquainted with Romeo back at Magnolia Compass when they were children, with Romeo being the only one who would constantly talk to her… Read More 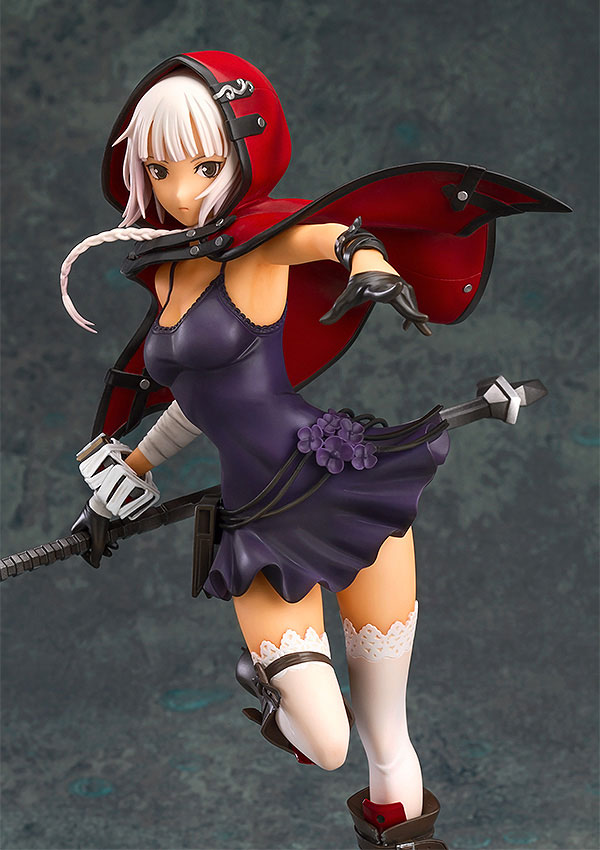 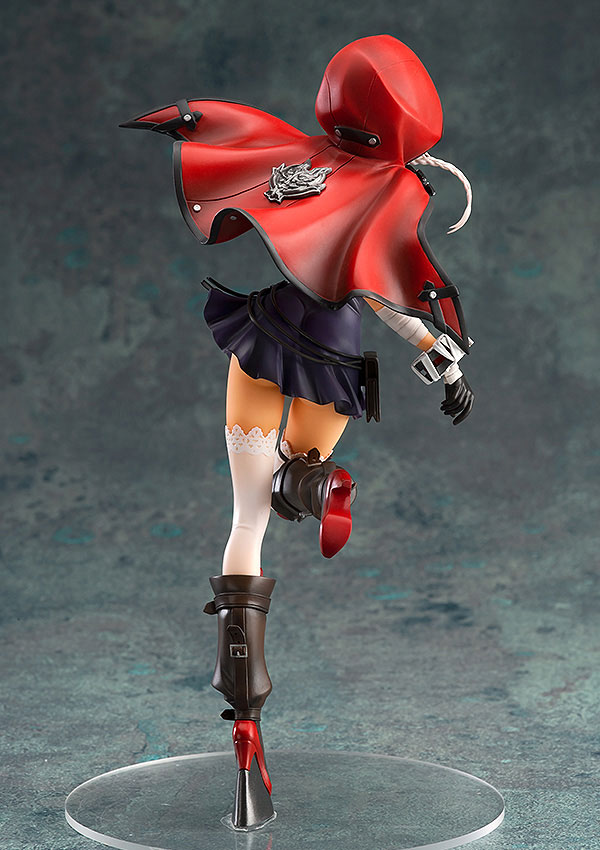 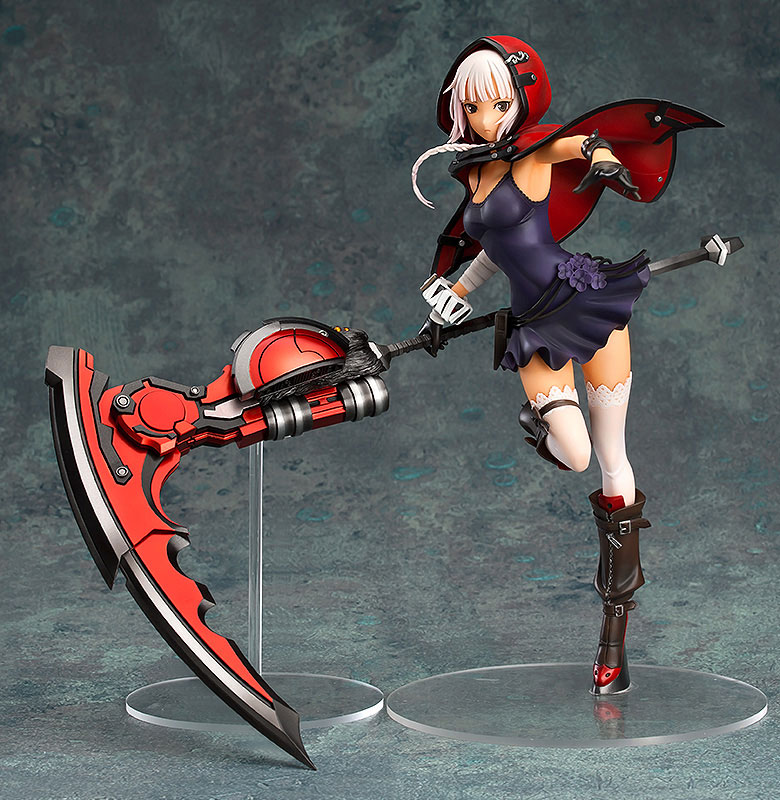 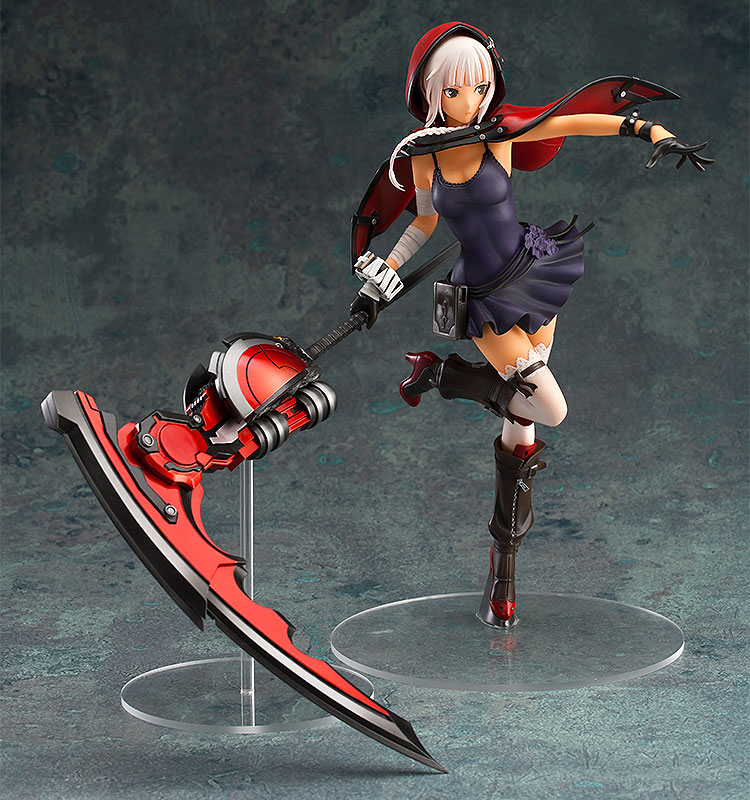 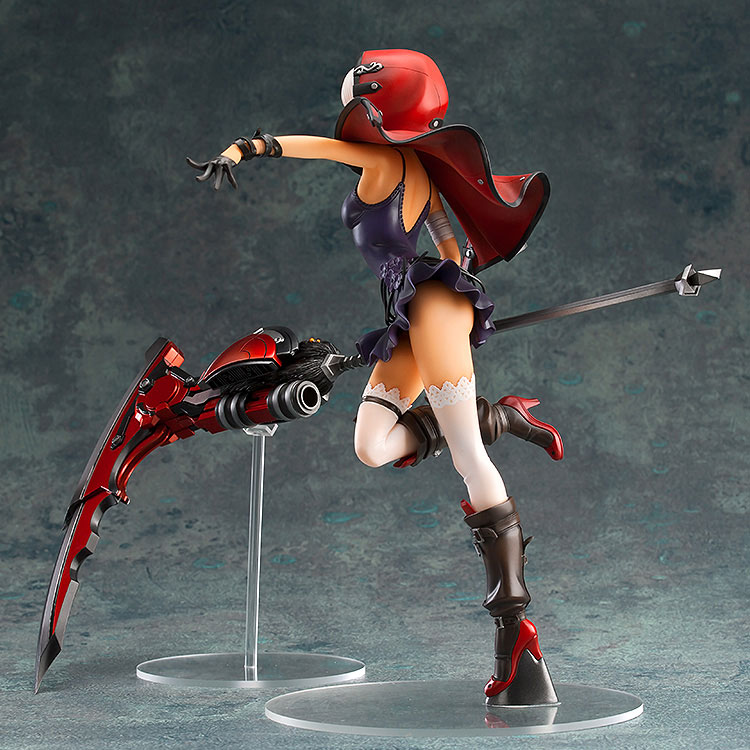 The figure is based on an illustration from the series, and faithfully recreates the wavering appearance of her hair and skirt, her slender body and overall dynamic appearance of the pose in figure form. The God Arc she holds in her right hand has also been very intricately sculpted creating a figure filled with impact and detail for fans to enjoy!

It stands approx. 20 cm tall and comes in a window box packaging.

She is posed hiding her usual shy personality with a gentle smile on her face, while she holds the important ‘Promise Key’ with one hand behind her back. Be sure to display her by your side!

The PVC statue stands approx. 20 cm tall and comes with base in a colored window box packaging.